You are here: Home > Blog > The 4th Pillar of Democracy: Free Media and Media Self-regulation in Poland

The 4th Pillar of Democracy: Free Media and Media Self-regulation in Poland

The Erich Brost Institute (EBI) for International Journalism of the Technical University Dortmund organized a conference entitled: “The 4th Pillar of Democracy: Free Media and Media Self-regulation in Poland”, which took place on September 25th 2020, in the Marriot Hotel in Warsaw. One of the main objectives of the event was to raise awareness among Polish journalists, media associations, and representatives of journalism training and the judiciary of international standards for media self-regulation in Poland. For this purpose, experts from the Universities of Dortmund, Warsaw, and Wrocław, representatives of the Council of Europe, as well as those of firmly-established and internationally recognized press councils were invited to participate in a one-day workshop in Warsaw.

The conference started with the warm welcoming of the main conference organizer – Isabella Kurkowski of the EBI, who drew up the plan and agenda for the workshop. The event was officially opened by the Dean of the Faculty of Journalism, Information and Books Studies of the University of Warsaw – Janusz Włodzimierz Adamowski, who emphasized the role of media in post-communistic Poland with the (still-needed) necessity of the discussion on the importance of media as power and expressed his concern about the state of the media in Poland. The participants were also welcomed by Bogusława Dobek-Ostrowska and Adam Szynol, both from the University of Wrocław, and Suzanne Fengler from Technical University Dortmund. 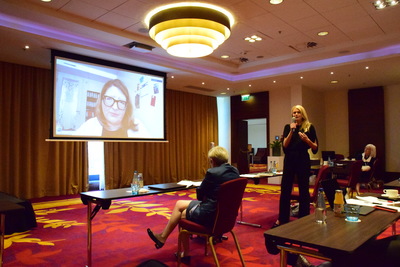 The opening speech was given by Mirosław Wróblewski (the Office of the Commissioner for Human Rights in Poland), who addressed the freedom of expression in Poland from the perspective of human rights and international standards. The speaker noticed that talking about the media situation in Poland is very difficult and unfortunately many Polish institutions do not respect national and international standards dedicated to freedom of speech and access to information. During the speech, the main challenges for media freedom and freedom of speech were mentioned and discussed, including the lack of effective institutional and democratic control over the public media operation, the disturbance in public media narratives in the electoral campaigns, and the problem of the chilling effect regarding media and journalists. The speaker also pointed out the most important future threats to media freedom and freedom of speech in Poland, include “repolonization” of media, implementation of the media owner concept, and poor self-regulation of journalists. 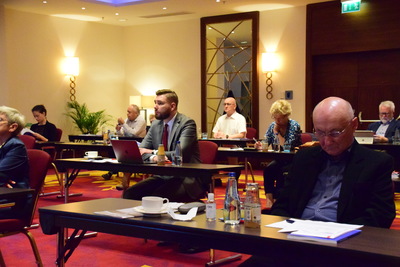 In the next part of the conference, there was a plenary session entitled “Media Self-regulation and Journalism Ethics in Poland: A perspective from the academic journalism education” with the participation of six speakers from various research institutions. The session began with an opening speech by B. Dobek-Ostrowska about “Democracy and the Media. Media Accountability Systems in Central and Eastern Europe. Poland in a Comparative Perspective”. The speech emphasized the role of stakeholders (practitioners in policymaking, researchers, and journalists) in the scope of media transparency and accountability. B. Dobek-Ostrowska has attempted to identify the media model to which Poland belongs and has qualified the country as a representative of the Politicized Media model. This model is characterized by strong political instrumentalization of the public media, strong political engagement of the media owners, deep differentiation in the journalistic culture, and a sharp division in society.

The plenary session’s second speech was given by Michał Głowacki (University of Warsaw) and Michał Kuś (University of Wrocław), who presented the polarized model of media accountability based on their research of the Polish media landscape. The main idea – as emphasized by the speakers – was to provoke a discussion in the context of the current Polish media system. The presentation emphasized the fundamental problem: the weak condition of the Polish media accountability system. Self-regulation in Poland’s media does not support the development of professionalism because it has been left to the journalistic associations that do not speak with a united voice. Głowacki and Kuś presented the basis of the polarization process in Poland by distinguishing both systemic and behavioral elements. In their closing remarks, they discussed how to prevent the negative effects of the polarization process, which damagingly impacts the sense of community.

Adam Szynol (University of Wrocław) then delivered a presentation focused on the repolonization, deconcentration, and redefinition of Polish media. A. Szynol tackled the problem of media ownership in Poland and explained in detail the concepts and consequences of the concepts of repolonization and deconcentration. These twin ideas had been raised by the representatives of the Polish Government and Parliament from the Prawo i Sprawiedliwość (Law and Justice) political party. Szynol finished his presentation by stating that the repolonization and deconcentration of Polish media will lead to a redefinition of not only the media landscape but also the whole democratic system. Szynol argued the current situation of the media is, as a topic, now more important than either their regulation or self-regulation.  He called for a stop to this “madness” and to fight for the media because soon there might be nothing left to regulate.

Jacek Nożewski (University of Lower Silesia) presented a speech entitled “From media to political participation: The media’s role in the social polarization of Polish Twitter users during the 2020 presidential elections”, which was based on big data research – a huge amount of data from 8 million internet users. The research results showed that Twitter facilitates communication heterogeneity thus leading to the fragmentation of the relatively focused public spheres that are influenced by the media. In addition, polish Twitter users are not only more willing to join structures with high heterogeneity but also to show greater interest in socially and politically important issues.

Katarzyna Kopeć-Ziemczyk (University of Warsaw) presented the methodology of her research project entitled “Media polarization in Poland – empirical evidence from the 2018 Elections”. Ms Kopeć-Ziemczyk analyzed media through the lenses of a three-dimensional model of polarization: politics, media, and tools for effecting polarization. She stressed that media plays an important role for society but politics use media as a tool of war and also reminded that the most important person in the communication process is always the receiver of information.

After a short lunch break, the participants of the workshop had the opportunity to learn more about press self-regulation mechanisms implemented in Germany, through the presentation given by Manfred Protze (German Press Council). He not only explained the organization, structure, and rules of procedure of the Press Council in Germany, but also presented (in a story-telling manner) the idea of the current power of the media. He stressed that, according to the German Federal Constitutional Court, press freedom is a very high-ranked value, and the Press Council works only withthe help of the public. Every reader has the right to report a (possible) violation of the Press Council guidelines, and the judgments of the Press Council are available to the public – this seems to be the best way to punish the violator. In his closing remarks, M. Protze stated that the Press Council in Germany is not a result of media regulation, but cooperation between journalists and media owners, and found this phenomenon remarkable.

Ljiljana Zurovac (Independent Media Expert; Former Executive Director of the Press Council in Bosnia and Herzegovina) talked about “The Press Council in Bosnia and Herzegovina” where she considered challenges of establishing media self-regulation in a transitional multi-ethnic country aiming to join the EU. As Ms Zurovac said Bosnia and Herzegovina faces a lot of ethical challenges in most of its media such as breaches of professional standards and one-sided stories or political propaganda, fake news, and hate speech based mostly on nationalism and prejudices. Her presentation emphasized that establishing and developing media self-regulation in any post-conflict country, is a huge and demanding work and it demands education and a mindset reset of the media people, politicians, decision-makers, and public in general. As a solution, one of the improvement activities of the press council could be a School for Media Ethics for Students of Journalism or an Online School for Media Ethics. 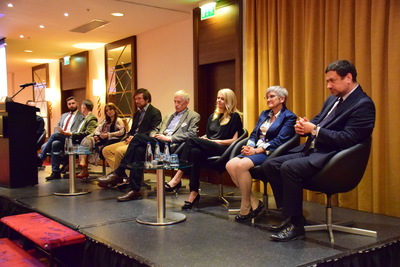 In the final part of the conference, there was a round-table discussion amongst all the workshop participants on the future outlook. Talking about the evaluating of needs, M. Głowacki raised the role of media culture. He emphasized the importance of thinking “out of the box” about media culture and professionalization and the first step in that direction could be a round table to establish a common good for the media environment. J. Nożewski mentioned agenda setting and framing as one of the most important communication theories nowadays. He also admitted that there is no comprehensive regulation of social media in Poland and there should be a dialogue between media associations about ethics. B. Dobek-Ostrowska emphasized the role of two kinds of groups which are important for media self-regulation – researchers and practitioners of media. S. Fengler suggested this issue should be analyzed on the international level, and M. Wróblewski stressed the idea of integration of different environments connected with media. On the other hand, Paulina Pacuła (European Journalism Observatory) stressed the problem of the lack of ethics education at workplaces such as newsrooms and not very good terms of job contracts for journalists.

The event was a great platform for the exchange of various research approaches, thoughts, and practices, which enabled a discussion on the state of media freedom and freedom of speech in Poland. The country is still experiencing a strong politically motivated polarization of the media and substantial actions are needed to create free and independent media. The expected outcome of the workshop is preparing relevant recommendations for the possible implementation of self-regulation of politically independent media in Poland.